Sacramento is the fastest-growing big city in California, topping 500,000 for the first time

Developer Joseph Eichler was the builder of almost eleven thousand homes in California since the 1940’s. The mid-century modern style of the homes are known as “Eichlers“. They are a very popular type of resale home in the Sacramento area. 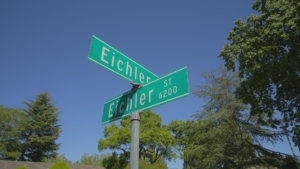 This Sacramento couple wants to leave the suburbs behind for a rare mid-century modern in the big city of Sacramento. HGTV follows Gisela and Alejo, a teacher and an associate investment manager for a pension plan, as they work their way through a move into Sacramento’s city limits.

Alejo says, “Sacramento, to me, still has a small town feel… but you get some of the amenities that come with a big city. We have some sports teams now, or good restaurants to eat at. But it’s not crazy like some of the bigger cities, or too congested…”

Alejo and Gisela are not alone in their thinking. Sacramento has become one of the most popular destinations to call home in all of the United States.

The Sacramento Bee shares more about it here:

Sacramento’s population has topped 500,000 for the first time, and the city grew at the fastest rate among the 10 largest cities in California, according to new data from the state Department of Finance.

The department on Tuesday released a report containing preliminary January 2018 and revised January 2017 population data for California cities, counties and the state.

Sacramento is the sixth-largest city in the state, growing to 501,344 residents, according to the report.

Placer County was among the three fastest-growing counties on a percentage basis, increasing 1.7 percent to 389,532 residents. Merced County was first at 1.8 percent, or 4,900, followed by Placer and San Joaquin counties.

Rocklin was the fourth fastest-growing city with a population over 30,000 in California last year, reaching 66,830 residents. Roseville added 2,563 residents, to 137,213, the most in Placer County.

California added 309,000 residents, growing its population to 39,810,000 residents as of Jan. 1, 2018. Growth was strongest in the more densely populated counties in the Bay Area, Central Valley and Southern California.

The report notes that of the state’s 482 cities, 421 saw population gains, 57 saw reductions and four experienced no change.

How Do I Screen My Tenants
Scroll to top